Swedish Trio Like Swimming Makes A Splash With Debut Album ‘Structures,’ Premieres Video For “A Room of Her Own” [WATCH] 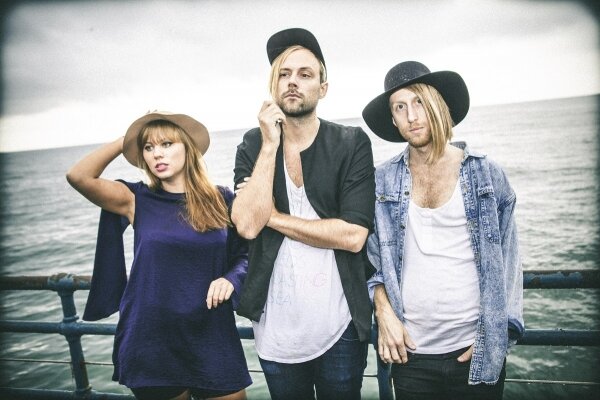 Music Times ran a feature on Like Swimming and exclusively premiered the “A ROom Of Her Own” music video!

The article begins: “Imagine music like a body of water. At times, the notes dive in and make a splash, other times they swirl around and build momentum; and then there are moments of peace, when the notes cut straight through the waves, or when the water settles, and silence takes over. Motions in music often mimic motions in water, and Swedish band Like Swimming uses that imagery as their guiding light when writing their sun-kissed songs.

“I think it takes a while to get a name attached to a sound,” guitarist/vocalist Claes Carlström says about their band name. “It’s just words, and making these words connect you to a certain feeling and sound takes time. Of course if we would’ve named ourselves Metallica that would’ve been really weird.”

Like Swimming became a band two and a half years ago, but the three members, Carlström, Petter Wesslander (drums), and Ida Hedene (vocals/keys), have been playing together in “different constellations” for almost nine years. They were at a crossroads in their musical lives when they decided to venture outside of Stockholm to a cabin in the woods to brainstorm. From there, they sketched out potential new projects, and out of those discussions came Like Swimming.”